The Jersey Whalers Hockey Club is pleased to announce that it will be partnering with the Atlantic Youth Hockey League (AYHL) beginning with the 2022-23 season.

On January 26, the Jersey Whalers received Tier 1 sanctioning from the Atlantic Amateur Hockey Association (AAHA) for all AAA levels from Squirt Minor (2013 birth year) to 18 Midget Major (birth years 2003 and 2004) AAA. The Whalers are the only Tier 1 team that play out of the Ice Palace in Brick, NJ.

“The AYHL and its members will provide the organization and our players with a quality strength of schedule as the AY league has a long history as the only Tier 1 sanctioned league in the Atlantic District” said Whalers President/Director George Haviland. “We feel this creates a huge opportunity for the Jersey Whalers Hockey Club and players for the future growth of our program” concluded Haviland.

The AYHL is the premier Tier I AAA travel league on the East Coast. It is comprised of over 125 teams from the Atlantic, Southeast, New York and New England Districts. It is the AYHL’s mission to train and develop young athletes to prepare them for the highest levels of the game, including NCAA Division I Hockey and Professional.

Tryouts for the upcoming 2022-23 season begin March 16 for U12 and younger while tryouts begin April 6 for U18, U16 and U14. Anyone interested in more information, please contact George Haviland at ghaviland4@gmail.com.

For more information about the Whalers and forthcoming tryout information, please visit jerseywhalers.com. 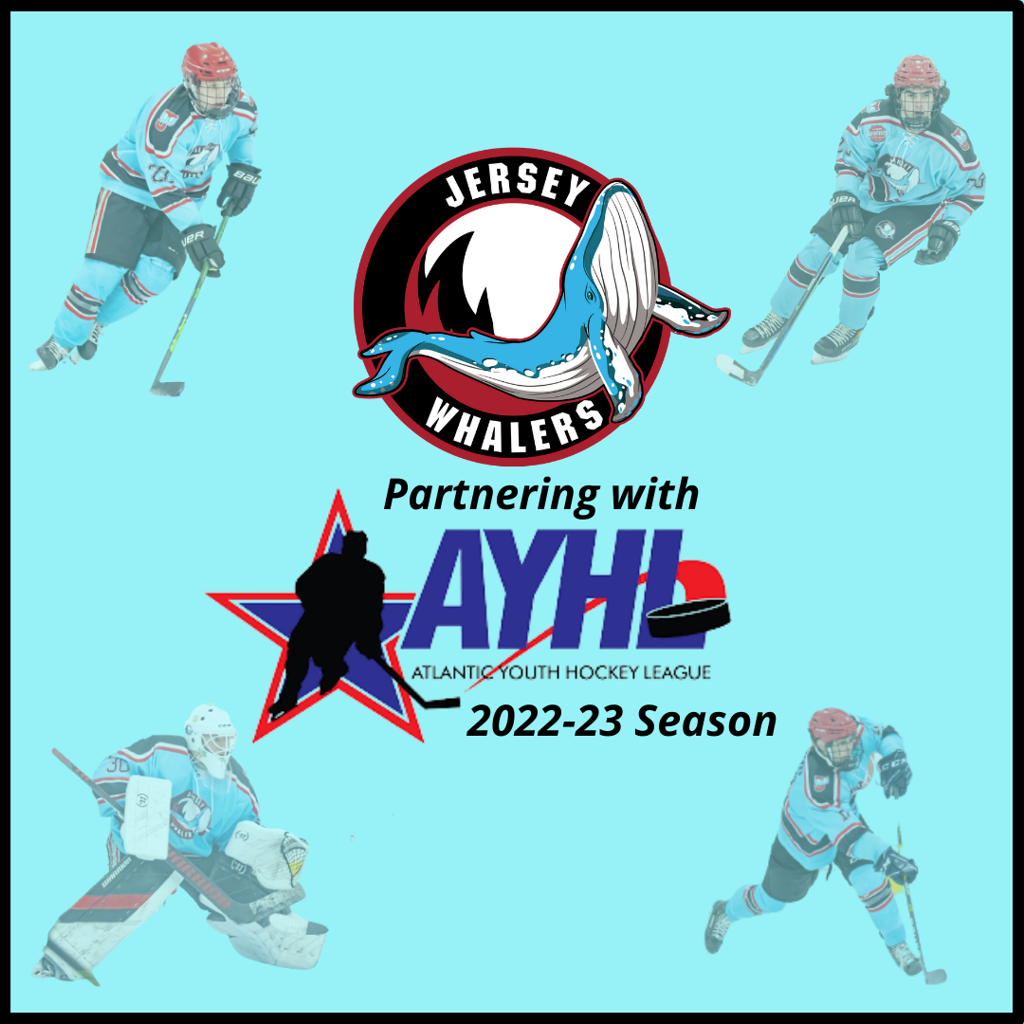